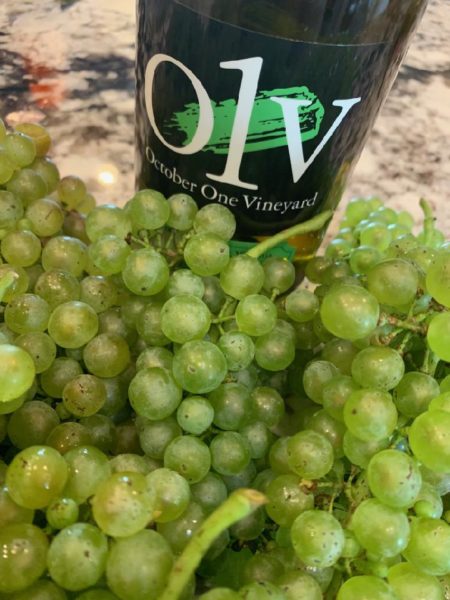 Go ahead. Say it with us. Out loud. As you read this.

“Loree would tell people you have to raise your hands in the air when you say ‘YAY,’” “You have to get animated about it, because there is lots to be excited about when it comes to Viognier.” Especially at October One Vineyard.

Loree, for one, loves the wine. So much so, in fact, that her license plate once said V-ON-YAY.

“There was this running joke that people were puzzled how to pronounce it right so she ended up putting it on her license plate,”.

Viognier has an interesting history in Virginia as at one point it was considered the state’s official grape. Then Virginia decided there was no need for an official state grape, mainly because so many varietals grow well here!

But at October One Vineyard, there’s still no doubt – Bob and Loree are loud and proud about their love for Viognier (even if Loree’s license plate has since changed) and are committed to growing and making wine from it. 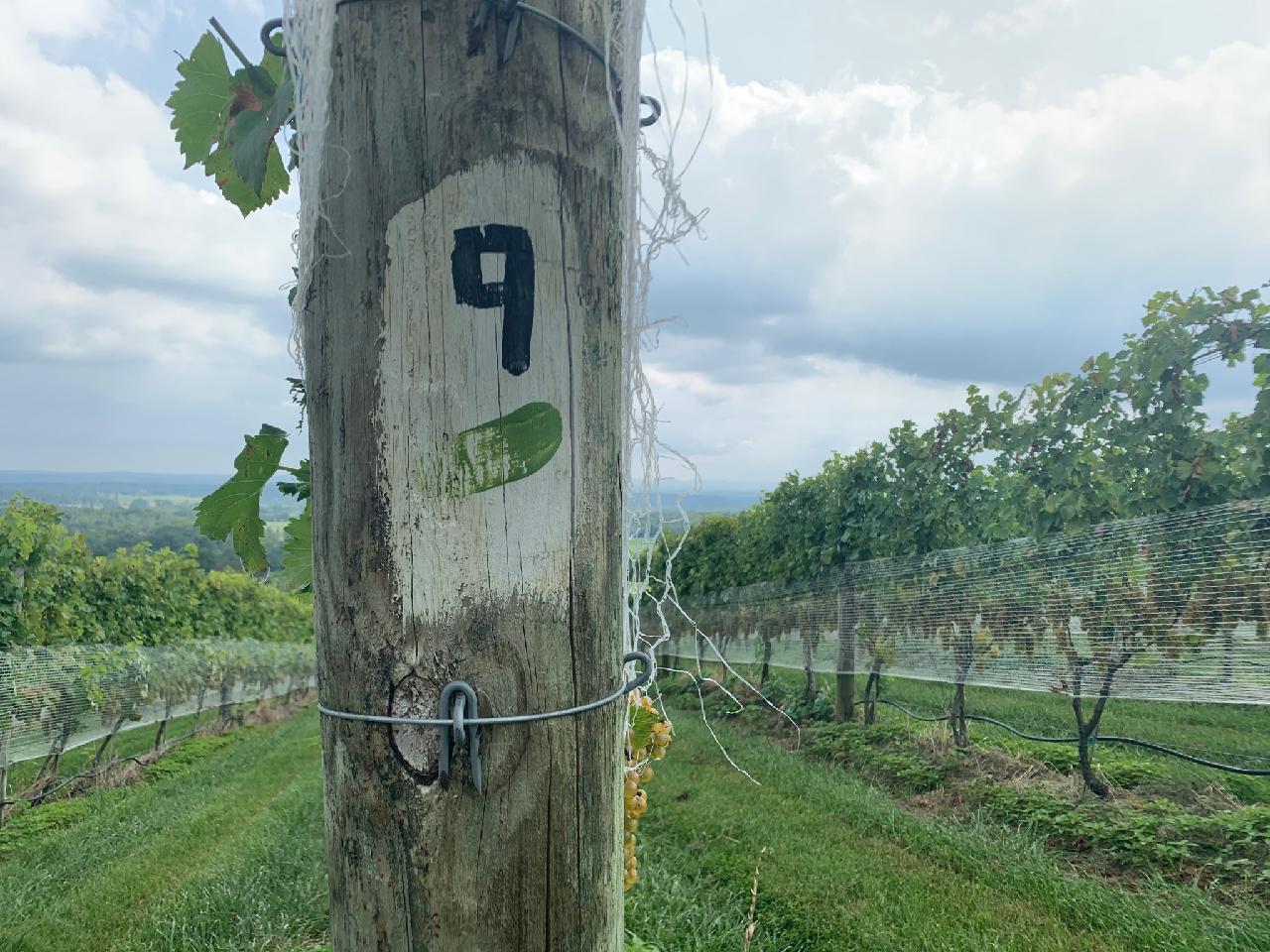 “When you get the aromatics, it’s just so interesting,” Bob said. “We like the versatility of it. You can make it in many different ways. It’s fantastic in barrels and stainless steel. At O1V, we use a combo of Acacia barrels and Stainless Steel. You don’t get bored with it.” Plus, Bob added, it’s a great food pairing wine and “Loree and I are big foodies.”

When October One Vineyard was first putting vines in the ground, Bob said, Virginia was in the midst of promoting Viognier as its state grape. Admittedly, that might have fed into the planning of extra acres to grow Viognier.

But “we also knew we loved this wine. We knew we wouldn’t ever get bored of this wine…and we could explore and pair interesting food with this wine,” Bob said.

October One Vineyard recently released its 2019 vintage of Viognier, giving October One Vineyard fans and followers a chance to really taste 2018 and 2019 side by side. The 2018 vintage – the award-winning Loudoun County wine – is a great food pairing wine, Loree said. She actually loves the 2019 even more! “The 2019 is great by the glass,” Bob said.

The aromatics are really showing on the 2019 that, Bob said, “it has a front end that has a fruit sweetness to it, almost a honeysuckle taste. It finishes really nicely dry and full-bodied.”

While both vintages are strong, Bob said, the slight differences between the two also tell the story of the growing seasons. “In 2018 we weren’t as much in the driver’s seat as mother nature was,” Bob said. “That year, we did awesome with our whites in spite of the terrible weather patterns. But in 2019, we picked when we wanted to. We watched the ripening come on. We were in more control.”

It’s no surprise, Bob said, that both growing years were so vastly different – with the tastes of both vintages telling that story. “This grape is fickle,”. “You get some great years where fruit set is really good. Then you get some other years where you wonder where all the grapes are.”

Bob and Loree, much like other farmers in Virginia, are still wrapping their heads around why and how the grape grows. “You have to pray for the best weather with Viognier,” Bob said. “There’s challenges with fruit set. You can’t be too greedy. You have to watch it closely when ripening and not wait too long. Viognier can change on a dime late…and let you down if you let it.”

Even so, with 3.25 total acres of Viognier at October One Vineyard, you could say Bob and Loree are committed to the grape. “Once you’ve put a grape in the ground you are pretty much committed,” Bob said. “We’ve loved it from the beginning. That hasn’t changed. And that won’t change.”