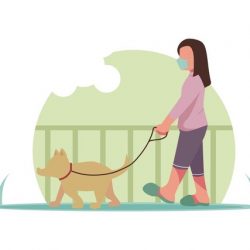 2020 was characterized too many as a pandemic pause. Of course it was tragic, scary, depressing, boring, frustrating, horrific, and sad also. My prayers go out to all that lost love ones during this time. Everyone probably dealt with the catastrophe in their own way with the cards given. Honestly, for me it started with disbelief.

My husband suggested we stock up on non perishable food and general items.  I didn’t want to, assuming this would be short lived and over blown, but I also didn’t want to look like the clown should he be right and we had no food or toilet paper.  So I slowly gathered some of the necessary items. Here we are a year later.  Good Lord!

Well, in lieu of any normal schedule and the safest place to be was home or outside. I took to walking. A lot. Becca our Chow/Plott hound mix was my companion but I had others as well. Podcasts. I devoured them. Even listening after I got home and while cooking and cleaning. I listened to politics. Everyone did. But soo much more!

A beautiful story about the discovery of the USS Lexington in the Coral Sea by former Microsoft founder Paul Allen’s research vessel.

Did The Hell’s Angels put out a hit on Mick Jagger?

The Lord of the Flies was written in the 50’s but there was a real life version 12 years later when six boys were shipwrecked on an island for over a year.  Did it turn out the same?

Flamingos can stand in boiling water and ice for hours!  They are completely bad ass!

How old is Winnie the Pooh?

Can Covid cause psychosis?

The first woman millionaire was African American. Who knew? And why didn’t we?

Should you sit or hover in a public restroom? Scientists have an answer.

An astonishingly brilliant young man without a formal education created the equivalent to Amazon and Facebook in a short period of time. Unfortunately his creation was The Silk Road an internet based store to buy drugs. It took every government agency from the postal service to the FBI to bring him down. Fascinating tale!

The list goes on and on.  So sit back with a glass of wine or while you’re walking and take a listen, the podcast world is vast and infinitely entertaining and educational.

Oh, and don’t forget to clean up after your pet!